On this day in history, some amazing things happened…

In 1620, the Pilgrims on the Mayflower land on what is now known as “Plymouth Rock” in Plymouth, Massachusetts!

In 1872, the Challenger Expedition sailed from Portsmouth

In 1937 “Snow White and the Seven Dwarfs” , the world’s first full-length animated feature, premieres at the Carthay Circle Theater! 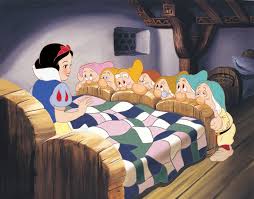 In 1968, Apollo 8 launched from the Kennedy Space Center, placing it’s crew on a lunar trajectory for the FIRST visit to another celestial body by humans. Cool!

and in 1978, a little girl was born. She had loads of black hair, chubby cheeks, and weighed in a 7lbs, 11oz. She was adopted by a loving family that day and has had a wonderful 33 years since! Yep. That’s me.

I’m so pleased to share my birthday with some amazing events in history, and though my birth doesn’t make the headlines, I have enjoyed my first 33 years immensely and can’t wait for the next 33! Bring them on!~

4 thoughts on “This Day In History…”